3 Reasons Why You Should Try Medicinal Marijuana / Cannabis 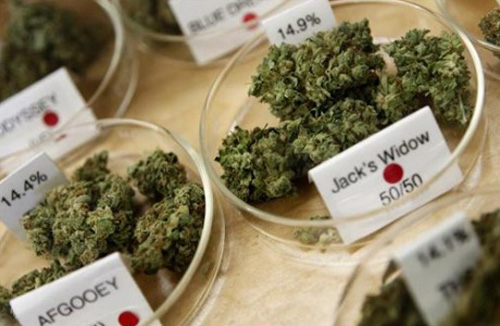 Marijuana has been consumed for medical purposes all over the world for ages. Its health benefits simply can’t be ignored. Patients with a wide variety of illnesses, from mental health disorders to terminal illnesses and almost everything in between, rely on medicinal marijuana to help them reduce their painful and often debilitating symptoms in order to live their lives to the fullest.
Whether you’re sick of using pharmaceuticals that don’t work or you’re just looking for a healthier alternative to traditional medicines, you might be considering trying medicinal marijuana for what ails you. If so, here are three reasons why we think it’s a great medical decision to make.
1. It’s Highly Effective
Medicinal marijuana users praise its therapeutic benefits. Its effects on the body and mind are highly effective at reducing myriad symptoms and allowing patients to live relatively pain free, often for the first time in their lives. Here are just some of the positive effects you can receive from trying medical cannabis:
Appetite: THC is known to increase food consumption by stimulating areas of the body, like the hypothalamus and limbic forebrain, which stimulate eating behaviour. This is especially beneficial for patients who suffer from cancer and HIV/AIDS who present severe and often dangerous weight loss.Nausea: Nausea and vomiting, which are often caused by illnesses but also caused by the use of other traditional treatments, like chemotherapy, can be reduced through the ingestion of medicinal marijuana.Pain: More often than not, patients are prescribed medical cannabis for pain relief because it often works more effectively than other drugs.Insomnia: It’s often used as a sleep aid to help those who cannot fall asleep or cannot stay asleep.Muscle Stiffness and Spasms: Both stiffness and spasms can be controlled through the ingestion of medicinal marijuana, which is especially true when it comes to multiple sclerosis patients who don’t benefit from pharmaceuticals.Seizures: Seizures can be incredibly dangerous, and often anti-seizing medications don’t work effectively. However, medical cannabis has been shown to control seizures when patients are unresponsive to other treatments.Pressure: It has been known to reduce the amount of pressure created in many areas of the body, which is associated with conditions like glaucoma.
2. Science Is on Your Side
Though much of the evidence about the usefulness of medical marijuana is anecdotal, the few studies that have been conducted have shown positive results for its effectiveness at managing symptoms like appetite, nausea, and pain. Recent studies have even shown its effectiveness at treating autoimmune disease and have shown anti-tumour properties that can prevent the growth of aggressive tumours that are often resistant to anticancer treatments. Unfortunately, government regulations prevent many studies on medicinal cannabis from taking place, but perhaps in the future, we’ll have even more sound evidence for its effectiveness in the medical community.
3. It’s Safer than Other Treatment Options
Traditional treatments, especially painkillers, can have devastating effects due to the cocktail of chemicals they’re infused with. Not only can they be fatal if taken incorrectly, but also they can create a wide range of side effects, like organ failure and addiction, that make life even more intolerable. Patients who are already suffering from severe symptoms don’t want to add on even more side effects to their list of pains. Medicinal marijuana on the other hand isn’t deadly. What’s more, its list of side effects is quite short and they’re mild and temporary, such as dry mouth and coughing. Many people choose to try medical cannabis because it’s much safer and more natural than traditionally prescribed treatments.

How to create the ~perfect~ stoner girl space: Bohemian style