Can THCV Help with Weight Loss?

THCV is one of the psychoactive cannabinoids found in the cannabis plant. In the same way that THC is formulated inside cannabis as a carboxylic acid (THCA), so too is THCVA synthesized before it’s decarboxylated into THCV. While it’s not as potent as a head change as THC provides, THCV’s health benefits can’t be understated. For example, it’s possible that THCV plays a big role in helping people lose weight and keep it off. Here are a few ways that THCV may help with shedding a few extra pounds.

Is THCV an Effective Treatment Against Issues Related To Obesity?

This is an important question as many people suffer from obesity – especially in the western world. While there’s no singular cause for the growing weight-gain epidemic, cannabis may help provide an answer. One of its cannabinoids, THCV, appears to be linked to helping people fight off obesity in a number of ways.

In 2016, for example, the International Journal of Neuropharmacology published an interesting report that looked into THCV’s ability to help people with obesity. The researchers used MRI machines to look at the brain images of people treated with THCV. The research elaborated on the idea that as body mass index (BMI) rises, there seems to be a rise in functional connectivity between the amygdala and precuneus area of the brains, as well. In fact, the higher the BMI, the more THCV performs. According to their research on the amygdala-precuneus connection, “THCV removes this effect, especially at the top end of the BMI.” The researcher’s pointed out the importance of their findings by saying, “our findings are the first to show that treatment with the CB1 neutral antagonist THCV decreases resting state functional connectivity in the default mode network and increases connectivity in the cognitive control network and dorsal visual stream network.”

In other words, THCV may have possible therapeutic effects against obesity by helping to control food intake.

Reducing food intake isn’t the only way that THCV combats obesity-related issues. It also appears to have some interesting effects on insulin intolerance. According to a 2013 study that appeared in Nutrition and Diabetes, THCV “produced an early and transient increase in energy expenditure.” That increase led to a dose-dependent reduction in glucose intolerance. Interestingly, the researchers also found that “THCV also restored insulin signaling in insulin-resistant hepatocytes and myotubes.” In other words, THCV appears to be beneficial for some people suffering from obesity and its related symptoms and diseases, like diabetes.

Is THCV The Best Cannabinoid For Staying Trim?

The Telegraph wrote an article in 2012 that outlined a report in The Biologist. In it, the researchers found that THCV plays multiple roles in affecting human health, especially when it comes to obesity. For instance, according to the article, there appeared to be a link between THCV intake and appetite suppression. While the effect seems to be short-lived, the research also seemed to conclude that THCV has an impact on levels of fat in the body and reiterated the insulin response found in the aforementioned study. The article seemed to suggest that THCV use may lead to more than decreased weight loss, it may improve metabolic efficacy. They said, “THCV was also found to increase the animals' sensitivity to insulin while also protecting the cells that produce insulin, allowing them to work better and for longer.” They quoted Professor Mike Cawthorne, director of metabolic research at the University of Buckingham, to make it clearer, “Overall, it seems these molecules increase energy expenditure in the cells of the body by increasing the metabolism.” 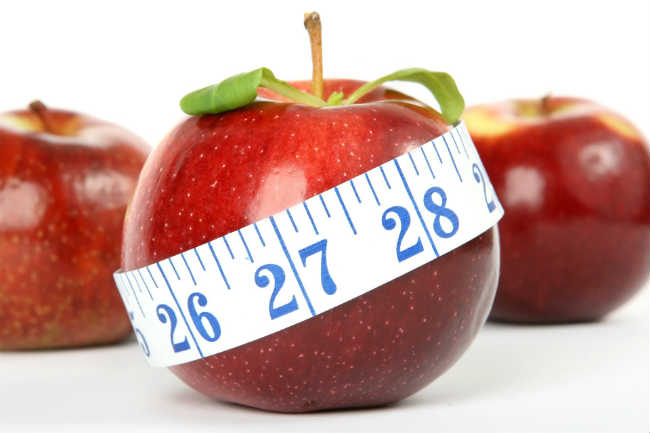 THCV's appetite suppression qualities might be the reason it is so effective as a weight loss tool. photo credit

While it’s typical to default to the idea that whole plant consumption is best due to the entourage effect of terpenes, cannabinoids, and other compounds in the cannabis plant, it’s not always best for everyone. Some may find that isolated THCV is best for their health routine.

Who Might Find THCV Useful for Helping to Control Obesity?

Since THCV seems to reduce the neural expression of the desire for the intake of food, it might be helpful for people who find it difficult to stop thinking about food. It might also be useful for people who want the benefits of cannabis with a different psychoactive effect. THCV is psychoactive, but many claim that it makes for ‘cleaner high’ when consumed without THC.

Clearly, one of the fastest ways to lose weight is to reduce food intake. While the extreme of that idea should be avoided, controlled calorie reduction is a great way to maintain physical health. If THCV can help with calorie reduction, then it may be the part of a balanced diet that you’ve been forgetting. Of course, fasting is difficult, but reducing appetite with THCV may help people improve their fasting outcomes. A 12-hour fast each day may be extended to a 16-hour extended fast. While more research should be done on this specific issue, our bodies should be thanking cannabis for some of the remarkable compounds it produces.

Have you used cannabis and THCV as a tool for dieting and weight loss? Share your experiences in the comments below!

How to Pass a Drug Test After Consuming Delta-8 THC