According to a recent study published in the journal, Addiction found that use of marijuana/cannabis is increasing across the United States, though this rise is not connected to the legalization of marijuana in participating states. However, this increase in use is prompting major public health concerns among the citizens. In this article, we will explore all the scientific evidence that evaluate the medical benefits of marijuana against its associated health risks in an attempt to answer this simple question: is marijuana/cannabis is good or bad for the human health. Over the years, research has generated results to suggest that marijuana benefits in the treatment of some conditions. Let us have a look at those.

Last year, a large review from the National Academies of Sciences, Engineering, and Medicine evaluated more than 10,000 scientific case studies that show medical benefits and adverse effects of marijuana on human health. One area that reports looked closely was, use of medical marijuana to treat chronic pain. Chronic pain is a foremost cause of disability that affects more than 25 million adults in the U.S. The review found that marijuana, or products having cannabinoids are effective at relieving chronic pain.

The comprehensive review of the evidence, published in the journal of Clinical Psychology Review, exposed that using marijuana helps people with alcohol or opioid dependencies to fight against their addictions. However, this finding can be contentious, as the National Academies of Sciences review suggests that marijuana use drives increased risk for abusing, and becoming dependent on, other substances. Furthermore, if you drive after such medication, and caught in an accident then you have to bear the charge of DUI, and then you will need a DUI attorney to save you from the trial.

The use of oral cannabinoids improves symptoms of spasticity among people with multiple sclerosis, but the positive effects are modest, and cannot be used to largely advocate the use of cannabis.

In June 2018, the Food and Drug Administration (FDA) approved the use of a treatment that consists of cannabidiol (CBD) to treat two rare and severe specific types of epilepsy, which are known as Lennox-Gastaut syndrome, and the other is Dravet syndrome. Both are difficult to control with other types of medication. This CBD-based drug is called Epidiolex.

CBD occurs in cannabis. Moreover, it is not psychoactive. The drug for treating such conditions involves a purified form of CBD. The approval is based on the research and clinical trials. However, a study published in 2017 found that the use of CBD results in fewer seizures among children with Dravet syndrome, as compared to placebo. Dravet syndrome seizures are more prolonged, repetitive, and potentially lethal for human health. One in 5 children with Dravet syndrome do not reach the age of 20 years. Precisely, cannabis is of significant importance when it comes to treating the rare medical conditions of human health.

The Canna Banger Is Here !

Many people may have heard of CBD Oil but are unsure of what it actually is and its benefits to the human body. So, let’s … Read More… The post 5 Health Benefits From CBD Oil first appeared on Cannabis Law Report. 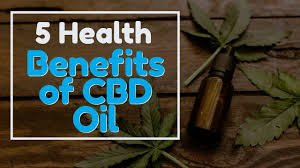 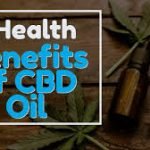 Many people may have heard of CBD Oil but are unsure of what it actually is and its benefits to the human body. 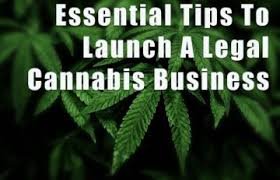 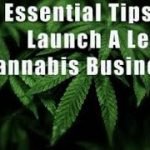 The post What To Know If You Want To Start A Legal Cannabis Business first appeared on Cannabis Law Report.

There are only a few things in this world that can be better than a great cannabis experience. Maybe have a favorite food while smoking?… Read More… The post How To Improve Your Cannabis Smoking Sessions With the Best Gear first appeared on Ca…

There are only a few things in this world that can be better than a great cannabis experience. Maybe have a favorite food while smoking?… Read More…

The post How To Improve Your Cannabis Smoking Sessions With the Best Gear first appeared on Cannabis Law Report.