February may be a few days short of the rest of the months, but the flow of cannabis news this past month definitely was anything but short. February saw the industry's workers face the effects of the bear market. Meanwhile, the Coronavirus pandemic now has producers worried about more than just their health.

The winds of change were also afoot in February. On Capitol Hill, nothing has come to pass, but progress continues to inch right along. Meanwhile, one of America's most popular sports has warmed to the plant as well. All this and more in this month's cannabis community recap.

The cannabis industry, recently hailed for its job creation, continues to struggle with market downturns. Many of the industry's major players took to slashing its workforce in a bid to get profitable. Top names in the space like Supreme Cannabis and Aurora laid off scores of employees in February. In Supreme's case, it laid off 15% of its staff, while Aurora cut 500 workers, according to Business Insider. With the market lagging for some time, more cuts at other major names could be on the horizon.

The Coronavirus has killed nearly 3,000 people worldwide by the end of February 2020. The center of the outbreak can be found in China, a world leader in manufacturing where approximately 80,000 citizens have developed the virus to date.

Such product production includes vaporizer hardware. American product brands are now discussing the possible impact the pandemic has had on the supply chain, which some believe will continue to affect the market for months.

Such months-long reverberation may extend to particular raw materials suppliers who may shut down their facilities for months to avoid spreading the illness. With such concerns, some names in the space are preparing for a challenging year, which could extend from travel restrictions for employees to delaying product development efforts.

The National Football League Players Association (NFLPA) sent all its players a fact sheet detailing the suggestions in its collective bargaining agreement proposal. Included in the plan were changes to the drug policy. 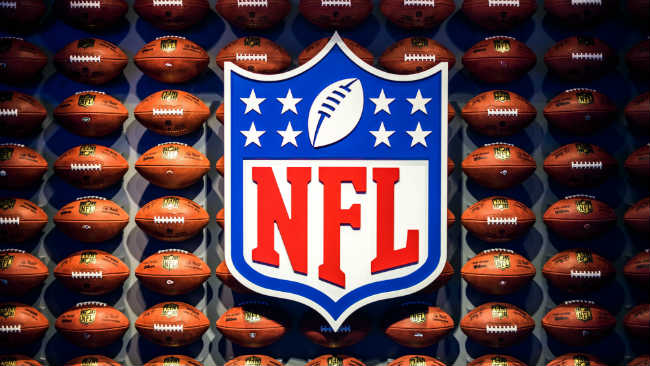 Proposed changes include shortening the THC testing window from four months to two weeks, beginning at the start of training camp. Other proposals include eliminating suspensions for positive THC tests and reducing the number of players subjected to THC testing each season. A day after the report of the fact sheet, owners approved the deal, making the proposal official in the new agreement.

Below are some of the most significant rumblings in the United States this past month:

U.S. House of Representatives who had voted against the SAFE Banking Act urged Senate Banking Committee Chair Mike Crapo to stand against the effort. The 12 Republican legislators from the House cited cannabis' Schedule 1 status and the nature of allowing banks to conduct business with marijuana ventures.

This is not the first time the Chair has received Congressional letters on the matter. Just last month, a bipartisan quartet of legislatures praised Crapo for his attention to the bill, urging the original draft of the bill pass as it did in the House.

Some late-month action happened at the end of February. Check it out:

The morning of Tuesday, February 25th, began with a joint hearing discussing veterans and medical cannabis. At the hearing, Arkansas Senator Dan Sullivan delved into marijuana being a possible alternative to opioid-based treatments. The joint session included insights from members of the Disabled American Veterans (DAV) nonprofit group. The session called for veterans to have a range of treatment options while conducting adequate research into using marijuana as a treatment option. Sen. Sullivan also encouraged DAV members to provide insights on a bipartisan bill he introduced. The bill would require the VA to conduct clinical trials on cannabis and its effectiveness.

Later that evening in South Carolina, the candidates for the Democratic nomination took to the debate stage before this weekend's primary. A slew of topics were mentioned, with cannabis briefly making its way into the discussion. Moderators touched on cannabis reform, with Senators Amy Klobuchar and Bernie Sanders voicing their support, with the two slightly differing on marijuana convictions. Klobuchar also questioned the legal reality of Sanders' Day One claims to lift the federal prohibition. 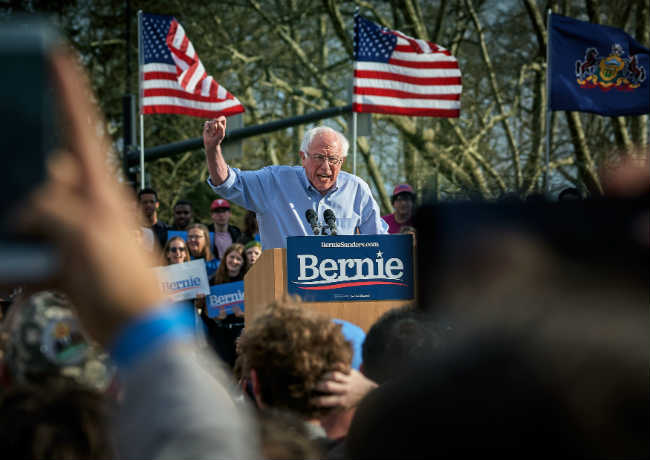 Some candidates are questioning if Bernie can legalize cannabis on day one if elected. photo credit

Former New York Mayor Mike Bloomberg and the most recent candidate to drop out of the race also echoed ending the criminalization of the plant. Bloomberg went on to say that inadequate research has been conducted on "kids in their late teens, boys even more than girls—where this may be damaging their brains."