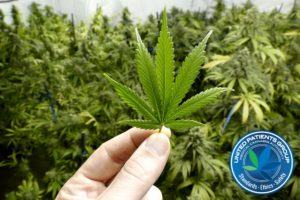 We all know that Canada is a leader when it comes to marijuana law, a point that was made obvious when the federal government passed the Cannabis Act in October 2018. This country’s progressive attitude towards all things leafy and green has affected Canadians in more ways than one, especially when it comes to the Cannabis Micro-Grow Licensing process.

Although a lot of good has happened from legislation like the Cannabis Act and Cannabis Micro Cultivation, it’s not always rainbows and sunshine in the Great White North. Since its passing, a few drawbacks to the Micro-Grow Licensing processes and procedures have been noted.

What Is a Commercial Micro-Grow License?

That means the process is a lot more in-depth and a lot more strict compared to the ACMPR licensing. Micro-grow license holders are a completely different class of growers, and a lot of people categorize them as “craft cannabis” growers.

Just like craft beer brewers with micro-breweries, micro-growers are generally aimed at creating high-quality cannabis in small batches to sell for a profit. These growers aren’t running massive operations as you’ll see with large licensed cannabis producers like Curaleaf, but they still produce enough to be considered a commercial grower.

The Main Benefit of Applying for a Micro License

Before getting into the drawbacks, it’s important to understand that there are some benefits that come along with applying for a micro-grow license in Canada instead of joining the big leagues. The biggest perk is that there are fewer operational and security requirements than with a standard commercial grow license.

Having a micro cultivation license means that you can grow up to 200 square meters of marijuana and cultivate a maximum of 600kg of dried cannabis per year. So even though it’s a “micro” license, it still has a lot of potential.

Nothing is perfect, especially in the world of legal weed. So before you jump the gun and apply for a micro-grow license in Canada, it’s really important to weigh the pros and cons to decide if it’s the right move. Here are the main drawbacks to Canada’s new program for craft cannabis growing:

As it turns out, a lot of people want to get in on the micro-grow scene especially since the future of the marijuana industry is a bright one. Because of the influx of applications and the inability to keep up with them, the wait times have become problematic. Unfortunately, it’s not just one license you’ll have to wait around for, but several.

There are different licenses required depending on if you intend to sell cannabis, produce it, and conduct testing and research on it. Some of these licenses are easier to get than others, but the general consensus is that patience is a must.

Not only will you have to wait for licensing, but you’ll also have to pay for it. This isn’t all that surprising since the market for micro growing is competitive, but the cost is higher than most people like. The minimum fee for micro licenses is $2500, and it’s even higher for those who want to sell their plants to medical marijuana suppliers.

The good news is that the licensing fees for micro-grow operations are significantly lower than for standard commercial growers, who pay a minimum of $23,000.

The application requirements for cannabis cultivation are broken down into several steps, starting with application submission and followed by fee payment, screening, and security clearance. Once your application has been submitted and fees have been paid, expect to wait a while for the next steps to clear.

Health Canada is responsible for the screening and review of applicants, performing criminal background checks and law enforcement record checks to make sure no criminals are given a license to grow marijuana. This process can take time, and although they aim to complete it within 60 days, that doesn’t always happen.

High Costs of Commercial Cultivation (Even at the Micro Level)

Once you’ve received your official Micro-Grow license from the Canadian government, the work has just begun. Operating and managing a cannabis grow op on a commercial level isn’t easy, and it takes a significant amount of money to run one successfully. This is something that many growers don’t realize until it is too late in the game.

However, even when you factor in the long wait times for application submission, the high cost of licensing, the lengthy security screening process, becoming a commercial micro-grower does have its advantages. The cannabis industry has been booming and will just continue to do so, which explains why Canadian growers want a piece of that pie.

What To Know Before Giving Your Pet CBD

What To Know Before Giving Your Pet CBD