How to Pack a Bowl of Weed for the Perfect Smoke, Every Time

Packing a bowl of weed into a pipe is an elementary skill picked up by practically every cannabis lover out there. If this is your first time packing a bowl on your own, or if you’re just wondering about other ways to do it, well, you came to the right place.

Before we light up, let’s quickly review what a bowl is. The term bowl may or may not predate cannabis culture (and when does that begin, exactly?), and its use began at least two centuries ago. A bowl refers to the part of a pipe or bong that holds the smokable material, typically tobacco, but if you’re at MERRY JANE, we’ll be sticking to weed, thank you very much.

Not all bowls are created equally. Some massive bowls, sometimes called “party bowls,” can fit an entire eighth-ounce of buds. Some teeny tiny bowls, affixed to “sneak-a-toke” one-hitter-type pipes, may not have much room for any additional finagling. You’ll need to assess your bowl’s size and shape to optimize how it should be packed.

Ideally, you should fit as much weed into your bowl as possible while still maintaining proper air flow, and not spilling good herb all over your lap every time you pass the pipe.

A well-packed bowl should stay cherried after it’s first lit, allowing everyone in the sesh circle to draw smoke from the pipe without having to flick a lighter every time. (Admittedly, tokers love to talk, too, and tangential conversations during the sesh may require lighting the bowl between each and every hit. And that’s perfectly normal.)

But, before you can even pack your bowl, you’ll need to break up that weed first. 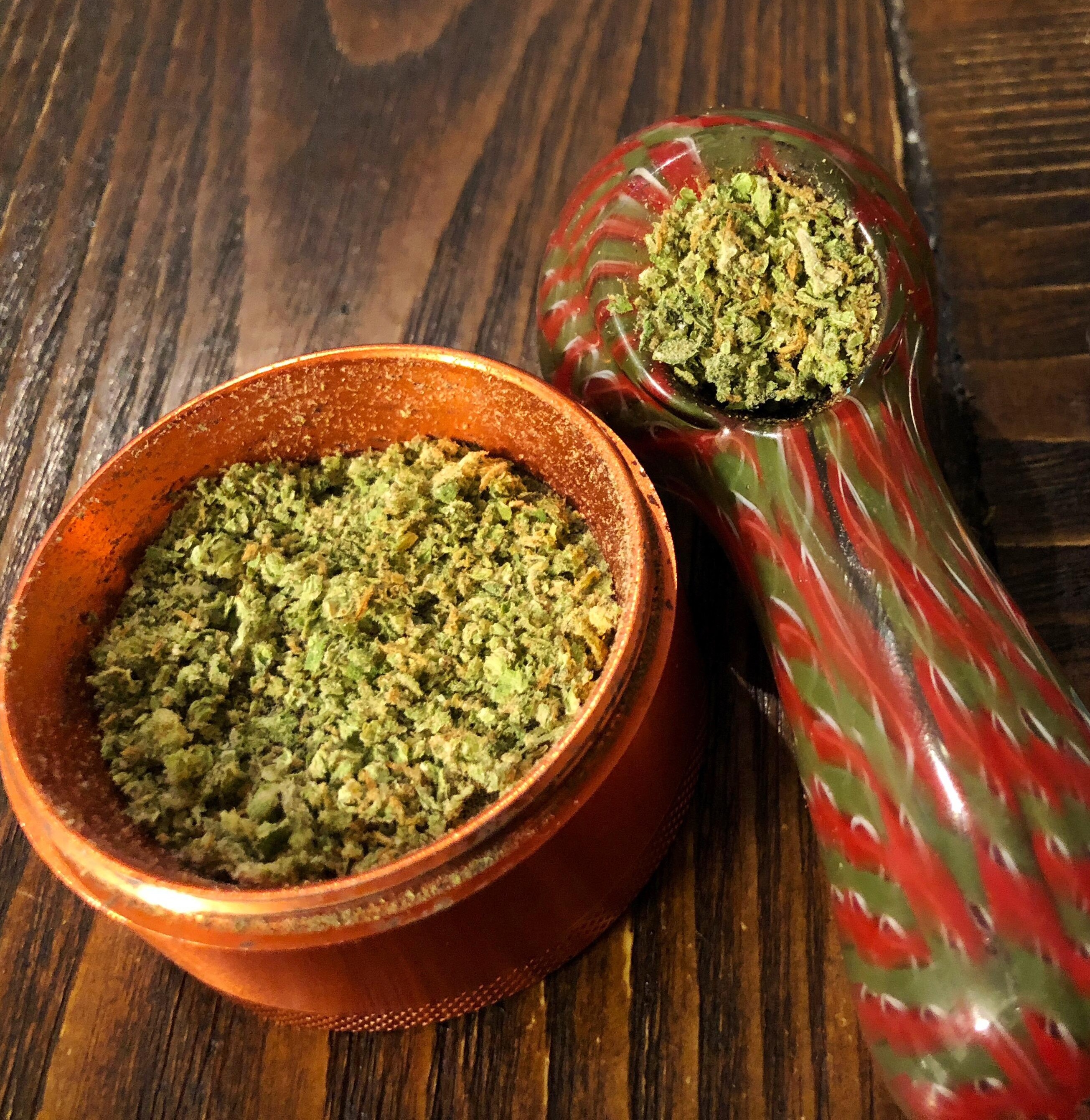 The advantage of using grinder to pack a bowl is uniformity and efficiency. It's efficient because grinding weed is a fairly quick and straightforward process. And it's uniform because all the weed has been ground up to equally sized pieces, so there are no little lumps or chunky bud-bits to deal with. It will ultimately lead to a more even burn, too.

The disadvantage of using a grinder when packing your bowl is also an advantage for some people: It’ll hit extremely hard with hot, harsh smoke. That’s because grinding up weed makes it more compact, so you’re literally packing more weed into the bowl than you would if you broke up the flower by hand. But some folks dig that kind of harsh smoke because it’s guaranteed to get you, your friends, the dog, and possibly even the neighbors walking by your front window blitzed as shit. 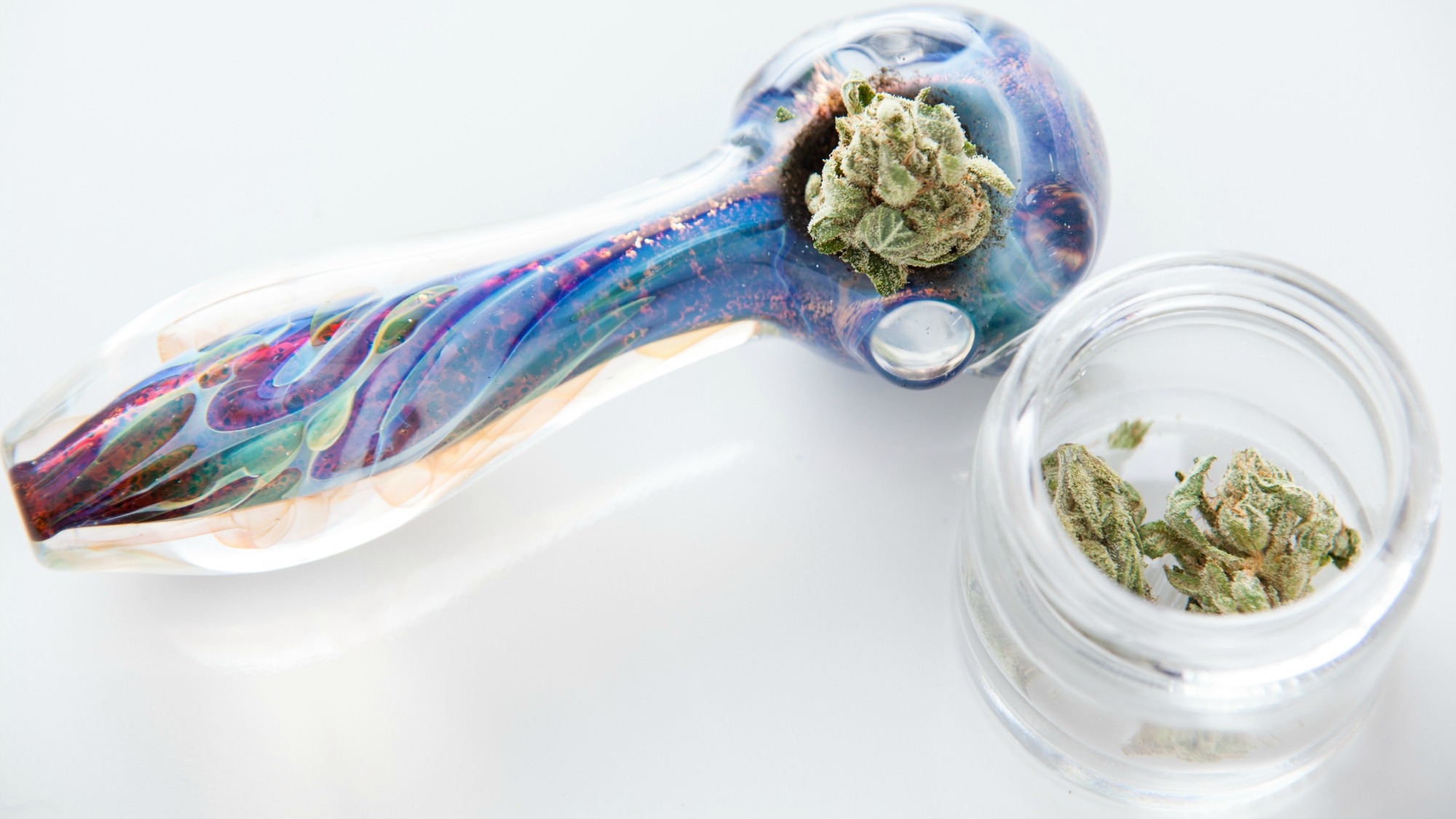 Breaking up buds by hand can be a time-consuming and painful task, especially if you’ve got larger hands or bigger-than-average fingers. Crushing a gram-sized nug is usually easy, but as it breaks down into smaller pieces, or as you begin breaking up smaller nugs closer to the bottom of the bottle (or plastic bag, for those of you in outlaw states), your fingers may get sore. However, if you prefer breaking up weed by hand, you’ll never need to worry about carrying a grinder around, or having to clean a grinder once it gets gunked up with resin.

Ideally, for the smoothest smoking sesh, don’t break up any weed, by hand or grinder. Simply hand-select the smallest nugs that will fit in your bowl, press them in, and voila!, you’ve got gentle, lightly flavored smoke rolling across your taste buds. 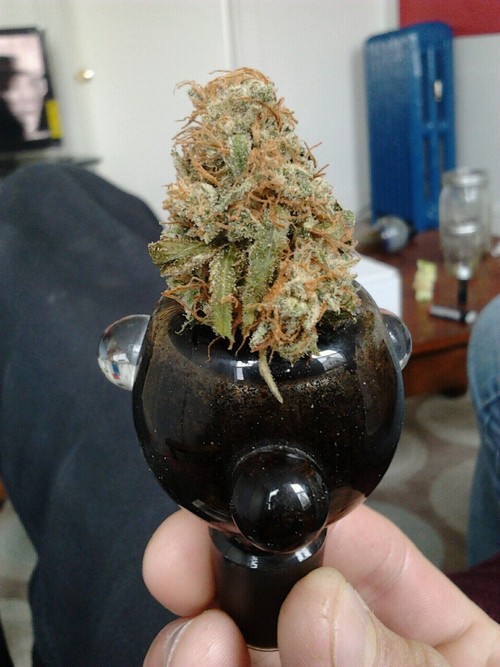 Some cannabis connoisseurs would take the by-hand approach one step further: Just drop a bowl-sized nug right into the bowl. Obviously, this won’t work with super-dense nugs, but airy or fluffier buds should permit enough airflow through the flower to facilitate smoking.

Why go with a whole nug right off the bat? According to the aficionados, breaking up, grinding, or otherwise crushing a bud destroys the trichomes, the glandular sacs (the “crystals”) that grow along the flowers. Trichomes contain most of the bud’s cannabinoid and terpenoid contents, and, as the wisdom goes, wrecking the trichomes means losing the terpenes to evaporation and perhaps some of the cannabinoids, too. (Perhaps….) 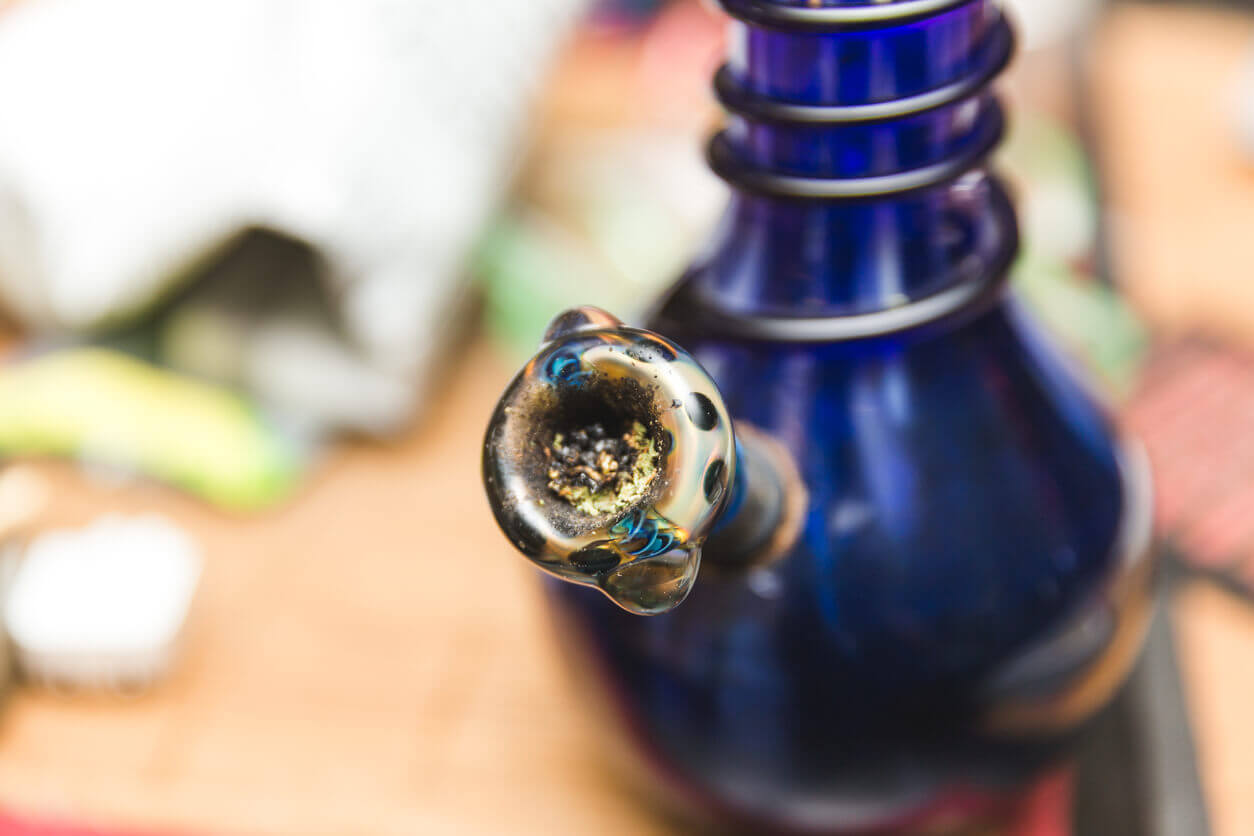 How to Actually Pack the Bowl

Once you’ve got your weed in the bowl, gently press it down with your fingertip, though thumb tips work best. Try to keep the top level of the bowl as level as possible. Furthermore, don’t pack it so hard that no air can pull through, but don’t pack it so lightly that even a single puff singes up and can’t stay lit.

You can test how well you’ve packed your bowl before setting it a flame. After packing the bowl with weed, simply inhale some air through the pipe or bong, as if you were smoking (but without actually lighting the bowl). If air is coming through, your pack is good. If it feels stuck, or the bong is sucking on your face harder than you’re inhaling, then it’s packed too tightly.

To remedy a bowl packed too tight, poke the bowl with a straight, thin poker-ma-bob (a paper clip, a hair pin, hanger, a dab wand). Or, if you’re able to cover the bowl with your thumb or palm, cover it, then blow out of the pipe (don’t do this with a water bong, or you’ll just shoot water up into your weed, which will then either land on you or the ground. And then you or your surrounding will smell like bong water. Blah!). You should blow the hole at the bottom of the bowl clear while still retaining the contents in the bowl (because you covered it, remember?).

If you're smoking with people, pass the pipe to your right. After that, you can just sit back and enjoy the ride.

How can cannabis aid IBS?

Space Case: NASA-JPL Names a Rock on Mars After the Rolling Stones