The Louisiana Senate approved a bill to significantly expand the state’s medical marijuana program on Wednesday, and a committee advanced separate legislation on banking access for cannabis businesses.

The expansion proposal, which the House of Representatives approved last week, would allow physicians to recommend medical cannabis to patients for any debilitating condition that they deem fit instead of from the limited list of maladies that’s used under current law.

The Senate Health and Welfare Committee advanced the proposal last week and now the full chamber has approved it in a 28-6 vote. Before the bill heads to the desk of Gov. John Bel Edwards (D) for signature or veto, the House will have to sign off on an amendment made by the Senate to require dispensaries to record medical marijuana purchases in the state prescription monitoring program database.

As originally drafted, the bill> sponsored by Rep. Larry Bagley (R) would have simply added traumatic brain injuries and concussions to the list of conditions that qualify a patient for a marijuana recommendation. But it was amended in a House committee to add several other conditions as well as language stipulating that cannabis can be recommended for any condition that a physician “considers debilitating to an individual patient.”

Under current law there are only 14 conditions that qualify patients for marijuana.

“House Bill 819 is the new standard for medical marijuana programs. The bill allows any doctor who is licensed by and in good standing with the Louisiana Board of Medical Examiners to make medical marijuana recommendations for their patients,” Bagley told Marijuana Moment. “The bill also ends the Legislature’s task of picking medical winners and losers each session, and instead allows doctors to recommend medical marijuana for any condition that a physician, in his medical opinion, considers debilitating to an individual patient.”

Bagley also introduced a House-passed bill to provide for cannabis deliveries to patients, but he voluntarily withdrew it from Senate committee consideration last week and told Marijuana Moment it’s because he felt the medical marijuana expansion legislation would already allow cannabis products to be delivered to patients like other traditional pharmaceuticals.

The delivery bill would have required a government regulatory body to develop “procedures and regulations relative to delivery of dispensed marijuana to patients by designated employees or agents of the pharmacy.”

It’s not clear if regulators will agree with Bagley’s interpretation, as doctors are still prohibited from “prescribing” cannabis and marijuana products are not dispensed through traditional pharmacies. That said, they recently released a memo authorizing dispensaries to temporarily deliver cannabis to patients during the COVID-19 pandemic, so it’s possible officials will be amendable to extending that policy on a permanent basis.

A bill introduced by Rep. Edmond Jordan (D) to protect banks and credit unions that service cannabis businesses from being penalized by state regulators cleared the full House in a 74-20 vote.

That measure was approved by Senate Committee on Commerce, Consumer Protection and International Affairs on Wednesday, setting it up for floor action in the chamber.

Text of the legislation states that “there is a need to study the workforce demands and the skills necessary to supply the cannabis industry with a capable and compete workforce, including physicians, nurse practitioners, nurses, and other healthcare practitioners.”

Legislators have until the end of the legislative session on June 1 to get any of the measures to the governor’s desk.

Could Cannabis Be Better At Treating Kids With Autism Than Traditional Meds?

With a condition as sensitive and difficult as autism, cannabis could be a winning, although eccentric, ticket. Autism is an increasingly common condition that can be difficult to parent, difficult to diagnose, and difficult to live with. Worse, many of the medications can cause physical symptoms that further impact the lives of those with the condition. Many people with it find themselves suffering from weight fluctuation, explosive episodes, and poor social functioning. Yet there are…
Continue Reading

The regulatory approval bolsters the cannabis company’s ambitions to be a top player in the category. Tilray (NASDAQ:TLRY) has opened a new market for its medical marijuana. The company announced Monday that Portugal’s national healthcare r…

The regulatory approval bolsters the cannabis company’s ambitions to be a top player in the category. Tilray (NASDAQ:TLRY) has opened a new market for its medical marijuana. The company announced Monday that Portugal’s national healthcare regulator, Infarmed, has granted it authorization to sell its products in that country. “This is the first time a full […]

Despite providing no high, it’s as strictly regulated as THC. Perhaps due to the thriving marijuana black market — cheaper prices, higher THC content, a reliable dealer? — BNN Bloomberg announced this week a billion grams of legal pot is sitting unsold… 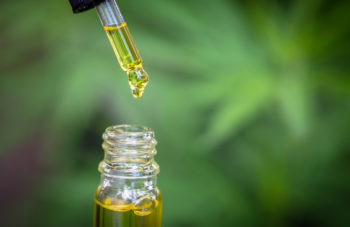 Despite providing no high, it’s as strictly regulated as THC. Perhaps due to the thriving marijuana black market — cheaper prices, higher THC content, a reliable dealer? — BNN Bloomberg announced this week a billion grams of legal pot is sitting unsold in vaults across the country. That’s a lot of weed, supposedly a three-year supply for the struggling legal market that Prime Minister Justin Trudeau assumed would flourish to extraordinary heights and put the…
Continue Reading
Advertisement