In the Marvel Comics canon, the blind superhero Daredevil relies on heightened senses to suss out evildoers and the bad guys. But in the comic book’s latest storyline, Daredevil has a new scent to decipher: cannabis.

Outside of the multi-billion dollar Hollywood franchise that’s pumping out Avengers movies like Oreo flavors, Marvel is still churning out episodic runs of traditional comic books and crafting new storylines for feature films of the future. 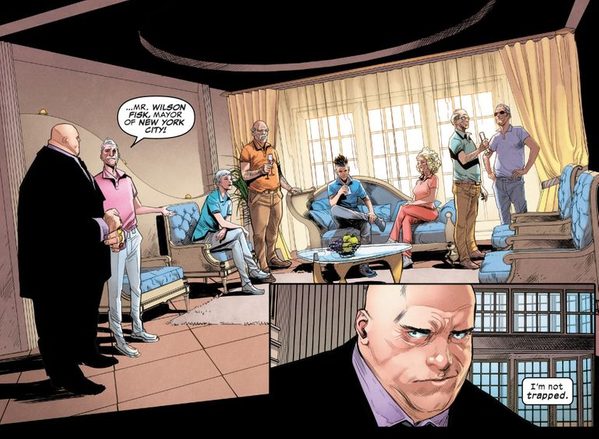 In the issue, Kingpin is now Mayor of Marvel’s fictional New York City, and he’s trading his criminal past for a corrupt future. We see Kingpin sitting down in a room full of wealthy political donors, and he eventually divulges plans to plant a cash crop of ganja once legalization regulations are finally in place.

"I have the land for growing,” Kingpin says. “I have the world's best people to cultivate it. The biggest hurdle has been to ensure that the licensing department's rules for selling approval fall in my favor and no one else's. But it's gone smoothly so far." 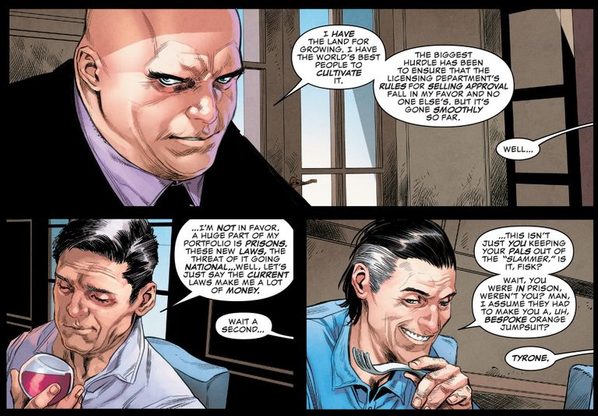 Now, that may be a conflict of interest for someone holding public office, but it isn’t too far off from the deep-pocketed pot corporations crafting state legislation to better fill their own wallets. And when one of Kingpin’s associates mentions that he opposes legalization because it hurts his investments in private prisons, it becomes clear that Zdarsky and Checchetto are being more than deliberate with their new storyline.

From what we’ve seen in Issue #12, it’s unclear how Daredevil feels about legalization in New York. But as a diligent crimefighter, we’re guessing he’s happy to focus on more important criminal endeavors than consumption or possession.

How to make CBD, cannabidiol, or Cannabis oil concentrate at home