Missouri’s medical marijuana program was on track to open dispensary doors this summer, but with the coronavirus (COVID-19) pandemic disrupting all facets of modern life, the timeline has been called in to question. New statements from state officials give some hope amid the uncertainty, as cannabis business owners try to maneuver these uncertain times. The state passed cannabis legislation in November of 2018 with Amendment 2, but dispensaries are not open yet.

Patients can apply to grow cannabis (if they meet specific guidelines and pay an additional $100 fee for a cultivation license), however not all are able to and even if they are, will have to wait for harvest. With over 44,000 registered patients and more being added by the day, the matter of supply is pressing, and patients are eager for dispensaries to open.

When will Medical Marijuana Dispensaries Open in Missouri?

Currently, Missouri’s top marijuana program official, Lyndall Fraker, hasn’t offered an exact date for the opening of Missouri cannabis dispensaries. However, he did say recently, “I think it’s possible we would see a dispensary sometime in the summer.” While some states are yet to issue an official lockdown on all nonessential businesses, those that issued an order have all considered medical marijuana essential, and most without a lockdown order have made indications that they will. Some states, such as California and Colorado, have extended essential status to recreational cannabis dispensaries, even going so far as to reverse their previous decisions to close adult-use businesses.

At the time of this writing, every US state with a medical marijuana program has maintained some form of access to dispensaries during the coronavirus.

It is in light of these calls to maintain safe access that we see some rays of hope for Missouri’s system to stay on-course for a mid-summer window. The essential status of dispensaries in other states would suggest that Missouri will take a similar route, though no official word has been given on the matter. State officials have given comment that concerns about the virus will not halt dispensaries from opening. If state officials did not intend to mark those businesses as essential once open, such messaging would seem unnecessary.

Lisa Cox, a public information officer for Missouri’s Department of Health and Senior Services, told the Springfield News-Leader in a piece from March 16th, that the state intends to progress as planned, “I'm not anticipating any issues from COVID causing any issues or delays in implementation at this point."

The statement might not have a date attached to it, but its clarity and intent seem genuine for the time being and affirm that in the state’s mind they are set to open sometimes in the summer. Whether or not these assertions are can actually be delivered on remains to be seen. Dispensary owners say that some of their timelines have been adjusted, but indeed, they are charging forward nonetheless.

Opening Missouri Dispensaries in the Middle of a Pandemic

Just because plans are still moving, doesn't mean things are business as usual. There are logistical steps that must be taken into account. Building out a dispensary, stocking shelves, and prepping employees will naturally be affected by social distancing and other health safety concerns. Additionally, though state officials are still processing patient cards electronically working from home, many of the ancillary regulatory processes that need to take place, such as inspections and meetings, cannot. 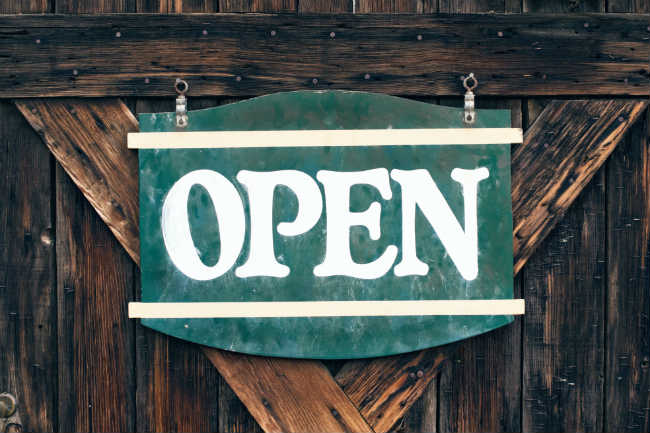 It is also unclear exactly how sales will be transacted once stores do open. For other states with medical marijuana programs, responses have varied, with some keeping retail storefronts in dispensaries operating as usual with additional sanitation and safety measures, while others have switched to an exclusively delivery and/or curbside pickup system.

The fact is, legislation and regulations of most medical cannabis states have been practically copied and pasted from other states’ bills and acts. Out of the 33 states with medical marijuana, legal wording has little variation among similar rules, often repeated word-for-word. Yet, it still takes each state an average of 2 years to do what has been done 33 times before, and will surely take just as long whenever state 34 comes along.

While Missouri is not likely to move any faster, precedent has been set, officials have voiced intent to follow through, and demand is clearly evident. The hope is that we can start to take these timelines as standard, and with that, there is some optimism that Missouri will be no different, regardless of the current state of affairs.

We will continue to monitor and report on the situation as it progresses, but for now, if you have or are expecting a Missouri medical marijuana card, good news might be just around the corner. What are you looking forward to in Missouri’s new cannabis scene? Do you think there will be further delays? Sound off in the comments below!