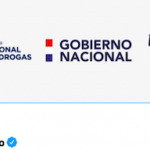 Here’s the full story..Paraguay has become the latest South American country to announce that it will issue licenses for companies to cultivate medical cannabis. Medical cannabis is still prohibited in some countries on the continent, however, cannabis reform is sweeping across South America and tremendous business opportunities are being created.

Cannabis grows very well in many parts of South America, including in Paraguay. Medical cannabis could revolutionize the agriculture industry in the country. Initially, Paraguay intends to issue at least 5 licenses. Per ADN:

Arnaldo Guizzio, minister of the National Anti-Drug Secretariat (SENAD), said through his Twitter that the program will be coordinated with several government agencies.

The State will grant five licenses to those companies that meet all the requirements to carry out controlled planting and industrialization of medical cannabis.

The official said that in November there will be a documentary approval and once the licenses are awarded, they will have to verify if they comply with the security approaches to obtain the approval.