On May 11, 2020, a Pennsylvania court upheld the state Unemployment Compensation Board of Review’s order granting a CBD (cannabidiol) user unemployment benefits after being terminated for testing positive for marijuana (Washington Health System v. Unemployment Compensation Board of Review). The decision highlights that employers must tread carefully before taking action against applicants or employees using medical marijuana or CBD products to treat various ailments.

The claimant, a licensed occupational therapist, tested positive for marijuana after submitting to a random drug test under the employer’s drug and alcohol testing policy. That policy prohibited employees from “being under the influence of drugs or having drugs in one’s system while at work,” and defined “drug” to mean “any substance producing effects on the central nervous system, or any controlled substance.” The policy did not prohibit the use of legal drugs, but did require employees to advise the employer if such use would “pose[] a significant risk of substantial harm to the health or safety of the individual or to others” or “render[] the Employee unable to perform the essential functions of the job.” Before the test, the claimant advised her employer that she used over-the-counter CBD for symptoms related to cancer. Regardless, the employer terminated her for testing positive for marijuana.

As previously reported here, CBD is projected to be a $22 billion industry by 2022. However, employers remain hazy about this extremely popular product and the implications it has on their employees and businesses. CBD is now being marketed and sold in a variety of forms, including oil (the most popular), health and beauty products, vapors, beverages, and infused edibles, such as chocolates and gummies.

CBD derived from hemp usually will not report a positive test result for marijuana assuming the THC concentration in the product does not exceed .3%. However, if the CBD product contains a sufficient amount of THC, it is entirely possible the product could cause a positive drug test result for marijuana. In our prior blog, we reported studies showing that some over-the-counter CBD products did in fact have THC in them, which might explain the claimant’s positive test result in the Pennsylvania unemployment case. Regardless, before taking any action against medical marijuana or CBD users, employers should review the laws of the states in which they operate and work with employment counsel to help navigate this complex and rapidly evolving area of the law.

Seyfarth Shaw will continue to monitor legal developments at the federal and state level.

Flower vs Concentrate: I Put One CBD Brand to The Ultimate Test

Stories of Hope: Living with Lupus but I’m Winning!

I am a 68 year old woman who was diagnosed with Lupus, five years ago.  Prior to that I endured surgeries totaling more than 15!

I am a 68 year old woman who was diagnosed with Lupus, five years ago.  Prior to that I endured surgeries totaling more than 15!

I was taking steroids, anti-rejection drug, high blood pressure as well as other drugs for lupus.  Yet, I still was in pain!  24/7.  Then here came sciatica–along with all the other pain!

I have been a believer in cannabis for quite some time and here is the blessing.  My son brought me a bottle of 1,000 units of CBD oil. I have been taken in for approximately 6-8 weeks.  I now no longer need steroids, high blood pressure, not anti-rejection drugs.  I am stronger, my bowels are better!

I feel so…much better!  Went to Lupus doctor, and he was smiling when he walked in!  “Ms. Miles, I told you that you needed that anti-rejection medicine!  Your numbers are looking GREAT!  Much better than I have seen before!  I then informed his that I had discontinued most of the medications prescribed; and was taking CBD oil!  He said “well, it must be working!”  Keep on doing what you are doing!

I am so grateful for this medicine but it is expensive and not covered by insurance!  All the herbs and vitamins that work, a person often has the means to purchase. The problem is that cannabis is expensive!

If you’d like to share your Stories of Hope…we would be honored.  You can submit to Hope@UnitedPatientsGroup.com

Tips To Finding A Medical Cannabis Doctor You Can Trust

Cannabis is now legal in most states across the country, which makes it easily accessible to medical and recreational users. Scientific research and patient claims make medical Cannabis an attractive therapeutic option for patients today.

The post Tips To Finding A Medical Cannabis Doctor You Can Trust appeared first on United Patients Group.

Cannabis is now legal in most states across the country, which makes it easily accessible to medical and recreational users. Scientific research and patient claims make medical Cannabis an attractive therapeutic option for patients today. You can consider it for dealing with a host of ailments naturally, safely, and effectively. But everything boils down to finding a specialist you can trust to initiate the therapy. In most cases you will need to see one for advice and getting a recommendation for your medical Cannabis card. Here are some tips for finding a doctor you can trust.

Before you start looking around for a provider, you need to start by researching the legality of cannabis in your state. You can purchase and use it only if you reside in a state where the law permits it or if you’re visiting a legal ‘adult use’ state (i.e. California, Colorado, Oregon…). If you reside in a legal ‘medical’ state, you will be allowed its usage only if you have a qualifying medical condition. Chronic pain, PTSD, cancer, Multiple Sclerosis, epilepsy, Crohn’s Disease, Irritable Bowel Syndrome, and Parkinson’s disease are common qualifying conditions. You can have an initial consultation with your primary care physician to consider the benefits of medical cannabis and then start looking for a specialist.

Find a reputable medical Cannabis clinic near you

After you are sure about trying this therapeutic option, you can start looking for a reputed clinic near you. Online research can help you do it quickly.  But make sure that you verify the license and credentials of the specialist. You can go a step ahead by checking reviews and testimonials of real patients. Comparing consultation fees of physicians is also a good idea. Once you are convinced about their credibility, you can visit the clinic in-person or online to go ahead with the treatment.

Get a consultation with the specialist

When it comes to getting treatment for the specialist, you need to build trust and rapport. Your initial consultation with them will give you a fair idea about their experience and reliability. Discuss your case history honestly and openly and carry your reports along. A seasoned specialist will listen and have personalized recommendations in products. Cannabis comes in diverse strains and products, with each working for a specific condition. For example, purple punch strain has been shown beneficial for mental issues like depression and anxiety and for chronic pain too. Strains and products can get confusing for beginners, and only a trusted specialist can help.

If you plan to use Cannabis as a long-term treatment option, make sure that the specialist you choose offers excellent follow-up care. You will have doubts and questions when you start and you may also need advice on cannabis dosage over time. At times, you may need to seek other alternatives in products and methods of consumption. It is best to look for a doctor who is willing to give you advice from time to time, answer your queries, and work patiently on a long-term treatment plan.

Finding a reliable medical cannabis specialist may take some work, but the effort is worthwhile. They can help you switch to a safe, natural therapeutic option and avoid the risk of prolonged use of conventional medicines.

Also please note, it is not illegal to ask your current doctor about cannabis, even if you reside in a legal state.  If they are not familiar with this plant, ask them for a recommendation to a doctor who may know.

The post Tips To Finding A Medical Cannabis Doctor You Can Trust appeared first on United Patients Group.

Scott Baker’s family has been in the baking business since 1875, and to this day it holds the recipe for one of Pittsburgh’s most sweet and guilty pleasures: Jenny Lee Swirl breads. So he brought the famous bread back when he established 5 Generation B… 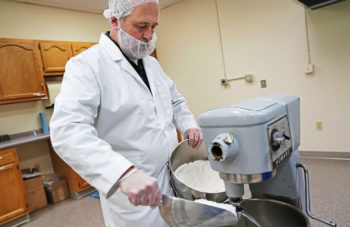 Scott Baker’s family has been in the baking business since 1875, and to this day it holds the recipe for one of Pittsburgh’s most sweet and guilty pleasures: Jenny Lee Swirl breads. So he brought the famous bread back when he established 5 Generation Bakers in 2010, following Jenny Lee Bakery’s closure in 2008. King’s Family Restaurants, which features the bread on its menu, was his first customer. The bread is rolled and baked in…
Continue Reading
Advertisement