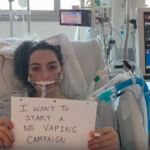 A revealing report from 10 News San Diego tells us that none of the issues raised in the latter half of last year with regard to cannabis vvapes have been addressed in Southern California and we would suggest most likely throughout the rest of the country too. All the same issues are alive and kicking and the supply chain is still chock a block with vape products that at the very least are plain dishonest and at the more worrying end of the scale could contribute to the death of users.

Considering that Cornovirus attacks the lungs we’d suggest that any cannabis vape users might as well walk under a bus, are there any public buses in San Diego ?  The result will be the same instand death but at least walking under a bus won’t cost you anything.

A local marijuana testing lab is releasing vape test results that are alarming. Almost 80% of the cannabis vape cartridges were tested and deemed “unfit for consumption.”

Co-founder George Sadler is on a mission to spread awareness about the serious potential health risks of using products from unlicensed vape makers and sellers.

“It’s horrible,” he tells 10News, adding, “It’s doing so much harm to people, versus walking into a licensed store.”

Platinum Vape recently teamed up with nearby licensed cannabis dispensary Mankind to buy back cartridges that ranged from home-made concentrates to counterfeits of popular legal brands.

In exchange, customers got discounted Platinum Vape cartridges that are tested and regulated.

The cartridges were sent to Infinite Chemical Analysis Labs, or InfiniteCAL. It’s a local cannabis testing lab that then analyzed the cartridges for potency, pesticides, and heavy metals.

The lab found that 79% of the cartridges were deemed “unfit for consumption”.

Additionally, 62% of them failed for pesticides. Almost 40% of the cartridges failed for lead.

“[Were there] toxic levels of lead?” 10News asks InfiniteCAL co-founder David Marelius. “One of the vape pens had almost a hundred times the legal limit,” he explains.

The lab also discovered that half of the products had less than 50% THC in them. Some of the cartridges were cut with excessive levels of vitamin E acetate; the additive may be linked to numerous vape-related deaths and illnesses. Marelius adds, “20% of them had a significant amount.”