Without a doubt, BHO is one of the most popular resin extractions of the last decade. Thanks to modern extraction techniques and equipment, and the surfacing of high-quality ultra-refined butane brands, this type of concentrates became especially popular a few years ago, since apart from allowing you to process a large amount of plant material in a short time, the final result offers an amazing quality and purity, particularly when compared with the concentrates prior to the appearance of BHO (Butane Hash Oil).

Nevertheless, thanks to this butane extraction process, it’s possible to achieve different textures by changing certain parameters during the purge, like temperature or product agitation. Modifying these parameters will give different results known as Wax, Sap, Crumble, or the one we’re dealing with today, Shatter. Let’s see exactly what it is and how to make it. 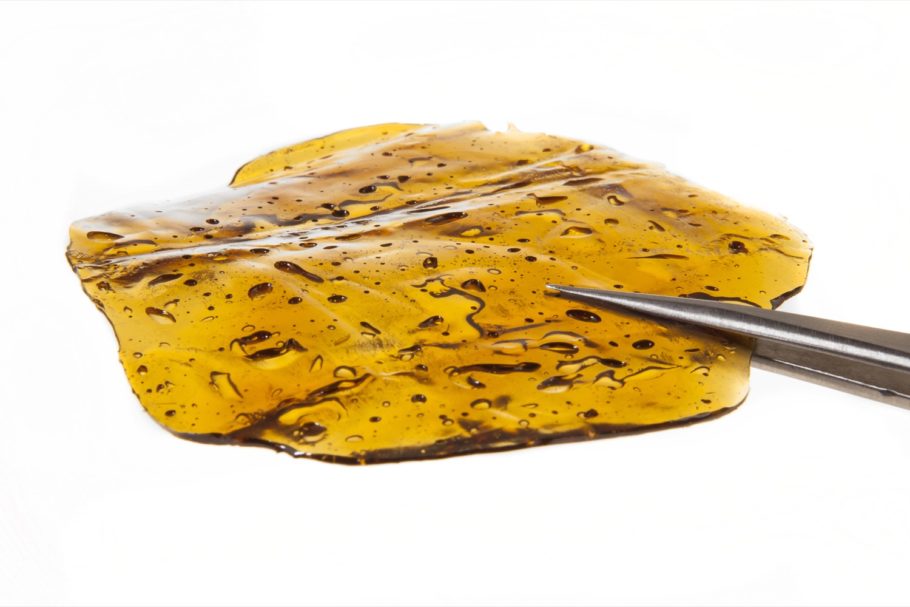 BHO (Butane Honey Oil or Butane Hash Oil) is a cannabis resin concentrate of great purity that uses apolar solvents (in fact, of very low polarity) to dilute the trichomes content; in this case, refined butane gas. Once you have a mixture of liquid butane and trichomes content, the next step is to purge (remove) the solvent from the mix, something that’s usually done through a vacuum purge with heat, which nowadays is performed in modern digital vacuum ovens.

The result is often a translucent concentrate of a colour ranging from yellow to amber, depending on whether the processed plant material was dry or fresh (the latter will create an extract of a lighter colour and higher terpene content). However, as we’ve previously mentioned, you can change the final texture through different variations of the purging process, like whipping the mixture during the purge or performing it without heat.

Nevertheless, there is another crucial factor: the resin itself. Sometimes, it’s practically impossible to make Shatter from certain plants, since due to the trichomes content, the BHO resulting could be rather molten. On the other hand, some plants produce a translucent and solid BHO called Shatter, which is very difficult to obtain with a more molten texture. The end result will depend on both the extraction method and the post-processing operation, and the resin itself.

How to make Shatter

As we already know, the extract final texture will depend on both the extraction process and the processed plant. On many occasions, in order to obtain a Shatter texture (translucent and brittle) all that’s needed is to purge the butane gas letting the mixture rest at room temperature, without agitating it or applying heat. It’s simply placed in a dark, cool and ventilated area until the gas evaporates (which can take days and be not very efficient). To improve the efficiency of this system, the mix sometimes gets slightly warmed; though the more it gets heated the more terpenes will be lost. In the same way, you can apply a vacuum without heating. The most important thing to achieve this texture is to never whip the mixture during the purge.

The experts purge their BHOs in hoods or vacuum ovens at temperatures lower than 40ºC but higher than room temperature. Without a doubt, and according to all laboratory specialists, this is the correct way to remove the butane from your extract, and it’s much more effective than the previous one. Once again, the process must be performed without whipping or agitating the mix, so once the solvent has been purged, you are left with a solid and very thin amber resin that breaks like glass (hence the name). 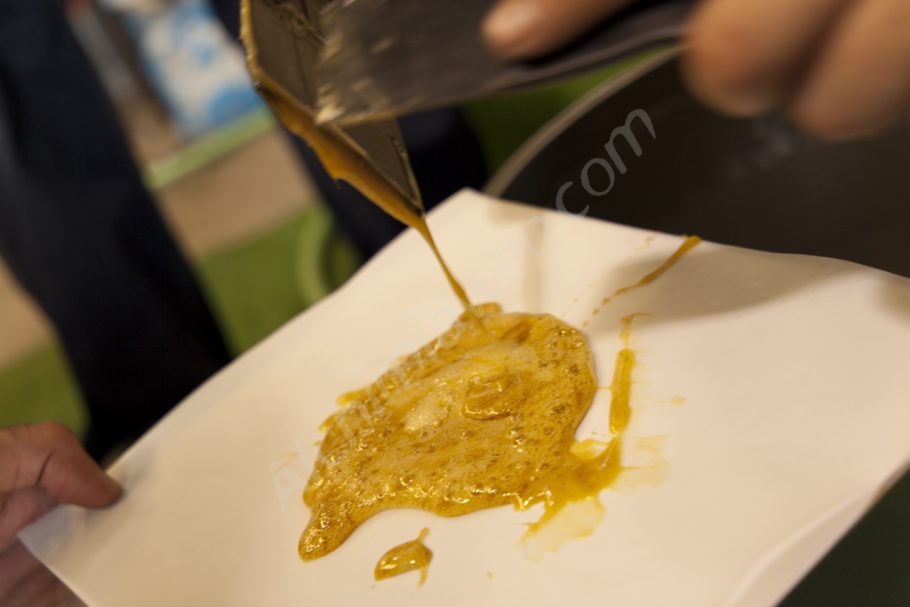 The mixture of oil and gas before the purge

This is one of many ways to make Shatter, but there are other alternatives for getting an even purer and cleaner product, free from other compounds that are present in cannabis oil, like lipids, waxes, etc. For these, you can use another solvent, ethanol; if you try it, you’ll see it’s worthy especially in terms of potency!

This is another method for getting not only a texture similar to Shatter from almost any plant, but also performing a BHO purification (previously purged) with ethanol and subsequent filtering that will remove other substances from the oil and will increase the cannabinoids ratio. In this case, the product obtained is called Amber Glass, even though it’s very similar to conventional Shatter.

Basically, it consists of mixing an already purged BHO with a small amount of ethanol (it must be suitable for human consumption and the purest you can find). Once together, you need to stir the mixture until the resin dissolves completely, at which point you can sift it using lab filters or if you don’t have any, coffee filters.

Just like with the BHO preparation, the size of the filters is very important, and it’s directly related to the look and properties of the end product. If you want to obtain a crystalline texture and the purest possible extract, you should use 25-micron filters, 40 at most.  Filters with larger pore size will provide great returns, but usually at the expense of quality – in terms of cannabinoid concentration.

Bear in mind that this BHO purifying method can be used with other concentrates such as hash and Rosin, with great results by the way! 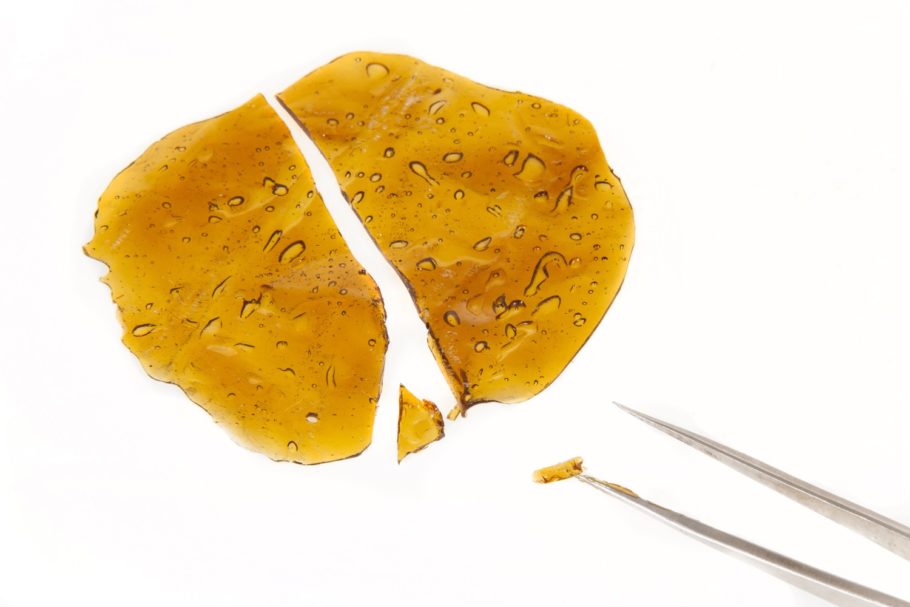 A while ago we showed you a resin extraction method that uses ethanol as solvent. This process is referred to as QWET (Quick Wash Ethanol), and the final product is often called EHO or Ethanol Honey/Hash Oil. When done correctly, the result is a concentrate with a crystalline and brittle texture or, in other words, Shatter.

This type of concentrates are extremely potent, since thanks to the dilution and subsequent filtering they offer a very high THC content, though the terpene ratio could be lower than that of other types of extracts. The great advantage is that we can obtain a highly potent concentrate similar to Shatter (and free of waxes and lipids) by skipping the step of making BHO with ethanol and bud.

In our article on cannabis extractions with alcohol, we showed you how to make this type of concentrates and also how to purge them using both isopropyl alcohol (QWISO) and pure ethanol (QWET). 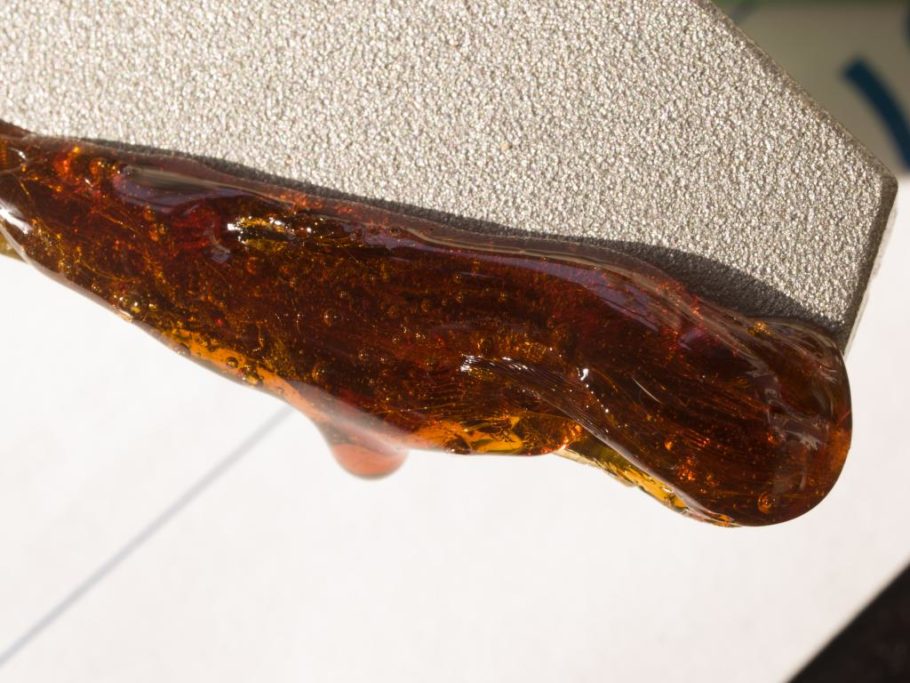 BHO can have very different textures

How to use Shatter

Due to their crystalline texture, the extractions that are similar to Shatter are particularly easy to manipulate, so they can be consumed in various ways. One of the most popular is dabbing, vaporizing a small amount of extract in different ways, from the classic titanium nails fitted in all kind of bubblers to next-generation electronic nails such as the Puffco Peak.

Another interesting option that will delight e-cigarette users is to mix it with the e-liquid thinner Wax Liquidizer, which allows you to enjoy more the concentrate flavour and effect with this type of vaporizers, and it’s very easy to carry when you are on the move. The high purity of the extract allows it to get diluted without problems, and you will be left with a stable and homogeneous mixture.

And for “old school” smokers, the good news is that rolling a joint with Shatter is very easy, nothing to do with the drawbacks of handling certain types of extractions or concentrates.

Advances in Dabbing – cold-start & other innovations

What is Kief or Skuff?