“A people without the knowledge of their past history, origin, and culture is like a tree without roots.” – Marcus Garvey

A new study published in the peer-reviewed journal Science Advances, a publication of the American Association for the Advancement of Science,  provides the earliest unambiguous evidence of cannabis use, from tombs in western China. It turns out some 2,500 years ago, in present-day China, people were using cannabis to get high during rituals.  This is the first known use of cannabis by humans anywhere in the world.

Cannabis is one of the oldest cultivated plants in East Asia, grown for a variety of recreational, medical, and religious/ritual uses.  Interestingly the cannabis discovered in China had high levels of the psychoactive compound THC, suggesting people at the time were well aware of its high-flying effects.  It seems pretty clear from the study published this month that people deliberately selected or cultivated plants with higher amounts of THC.

Flower to the People

Scientists from China and Germany analyzed wooden fragments and burnt stones from pots in the tombs, and found a high amount of tetrahydrocannabinol (THC), the most potent psychoactive agent in cannabis. This research is the earliest evidence of cannabis being used for its THC properties.  The discovery points to the intentional use of plants with high levels of the active compound, THC, and to cannabis being inhaled rather than ingested.

Nicole Boivin, director of the Max Planck Institute for the Science of Human History and an author of the study, noted “Finding evidence for ancient drug use is a bit like finding a needle in a haystack, because this kind of evidence is rare due to there being few opportunities for long-term preservation of the remains of activities involving drug use, which is very ephemeral, and doesn’t necessarily leave a lot in the way of physical evidence.”

The excavation site, located at the Jirzankal Cemetery in the Pamir Mountains, contained charred incense burners and burnt stones that tested positive for cannabis.  The plant itself is native to Asia and the Pamir Mountain region is located near the borders of modern China, Pakistan, and Tajikistan, archaeologists said.

What’s more, this area is thought to have been pit stops along the Silk Road, helping to spread cannabis smoking from Central Asia to the rest of the world.  The Silk Road was a key trade route and served as a cultural ground zero of the ancient world. There’s no guarantee recreational use of this plant originated at the Jirzankal Cemetery, but in at least some respects, it seems the ancient Chinese may have been ahead of the cannabis curve.

Cannabis continues to play an important role in history and current events.  What does this newly-discovered evidence tell us about cannabis use and how, if at all, should it inform our cannabis choices and policies today?

How to Tell Your Children You Smoke Marijuana

The Ancient Origins Of Cannabis, According To Science

Trying to tell the story of ancient cannabis is like trying to guess the picture on a puzzle with the majority of the pieces missing. Most of what we know about the historic uses of cannabis come from sparse archaeological evidence and oft doggy transl… 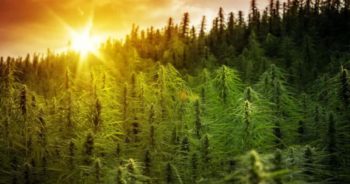 Trying to tell the story of ancient cannabis is like trying to guess the picture on a puzzle with the majority of the pieces missing. Most of what we know about the historic uses of cannabis come from sparse archaeological evidence and oft doggy translations of texts that are thousands of years old. We can make some educated guesses, but, in the end, the more answers we discover, the more questions we unveil. Nevertheless, thanks…
Continue Reading
Advertisement