For months, we’ve been optimistic that California’s legislature would pass AB 228 in early September, legalizing the retail sale of hemp-derived CBD, and ending enforcement efforts by the California Department of Public Health (CDPH) that have placed a chill on the industry. The bill had not received a single no vote throughout the process, and we had encountered little opposition.

Today, the Senate Appropriations Committee “held” AB 228, effectively killing that bill as a vehicle for resolving the issue this year. While our coalition this week had been asked by the Governor’s office to hold the bill until January so outstanding issues could be addressed over the fall, we and our lead sponsor, State Rep. Cecillia Aguiar-Curry, had not agreed to that and were actively considering sending the bill to the Governor over his staff’s objections.

With AB 228 dead, our coalition – including Vote Hemp and several California-based hemp groups — is considering all options. While the Governor’s office told Aguiar-Curry’s office today it stands by its commitment to work on this over the fall, some moves need to occur next week in the California legislature that position us to either send a bill this year or ensure we actually can get this done in January.

Of course, the other major issue is what CDPH and the county public health departments do as we continue to work on the passage of legislation to clarify California law.  While the coalition has discussed the issue with the Governor’s office and received positive indications that this will be addressed, given what has transpired today we need much more than those positive indications. Therefore, this issue is a major priority for our advocacy team to address over the next week.

This certainly is a setback in our efforts to resolve the issues we face in California. But we still have more cards to play. Our advocacy team is going to work over the weekend to develop a strategy to secure legal CBD as soon as possible.

South LA: Man Shot At 8100 Block Of South Broadway Only A Day After Unlicensed Cannabis Dispensary Shut Down By Authorities

ABC news USA has this awful story…..Detectives are investigating what prompted the Labor Day killings of seven people at an illegal marijuana growing operation … Read More… The post 7 killings investigated at illegal cannabis grow in Cal… 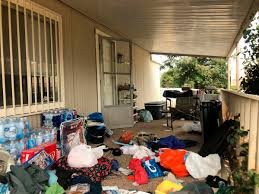 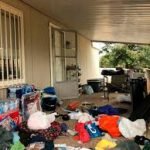 The Times Standard reportsA set of amendments to Humboldt County’s cannabis laws are on their way to the county’s Board of Supervisors after winning … Read More… The post Humboldt: Planning Commission advances cannabis law changes for small gr…