Vertical Disintegration ! Canada’s Canopy Closes Two Giant Greenhouses & With Them Up To 500 Jobs Could Go 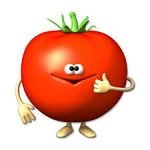 Only a few days ago we suggested in an article that the days of vertical integration and huge scale cannabis might be on the wane. For those of you with memories longer than the lifespan of a small coral reef fish, you will remember that cannabis took away production space from tomatoes in 2016-2017 in Canada. We’d say the tomato might be making a comeback.

Another Canadian cannabis producer is slashing jobs and closing greenhouses in the wake of a years-long expansion drive that resulted in an oversupplied market and underutilized facilities.

Canopy Growth, one of the world’s biggest cannabis producers, on Wednesday announced the closure of two British Columbia greenhouses, in Aldergrove and Delta.

The greenhouses, opened in 2018, account for about 3 million square feet of licensed cannabis production space.The closures will result in about 500 job losses, which are becoming more commonplace in the cannabis industries in Canada and the U.S.

The cuts are part of an “organizational and strategic review” to “align the company’s cultivation capacity with projected demand,” according to a Canopy news release.

The company blamed the closures on a market that developed “slower than anticipated,” although, as far back as 2017, experts were warning Canadian producers to hit the brakes on spending.

Boston Has A New Cannabis Board