Besides the euphoric bliss, health benefits, and the fact that cannabis generally makes life a lot better, my favorite thing about our beloved flower is the taste. When I was a teenager — you know, the days when getting stoned in parking lots was the norm — we considered ourselves lucky to get a gram of cheap, ditch weed that smelled more like Pine-Sol than cannabis. Now that we have the luxury of legal, lab-tested flower, the days of choosing between two types of nugs that are basically the same (but wrapped in separate sandwich bags) has gone the way of the dodo.

One company that seems to stay one step ahead of the curve in terms of innovation, availability, and value, is Farm Extracts, a company owned by Heavy Hitters. Their latest line of single-origin, plant-to-pen extracts is yet another (delicious) commodity to add to their already impressive list of products. 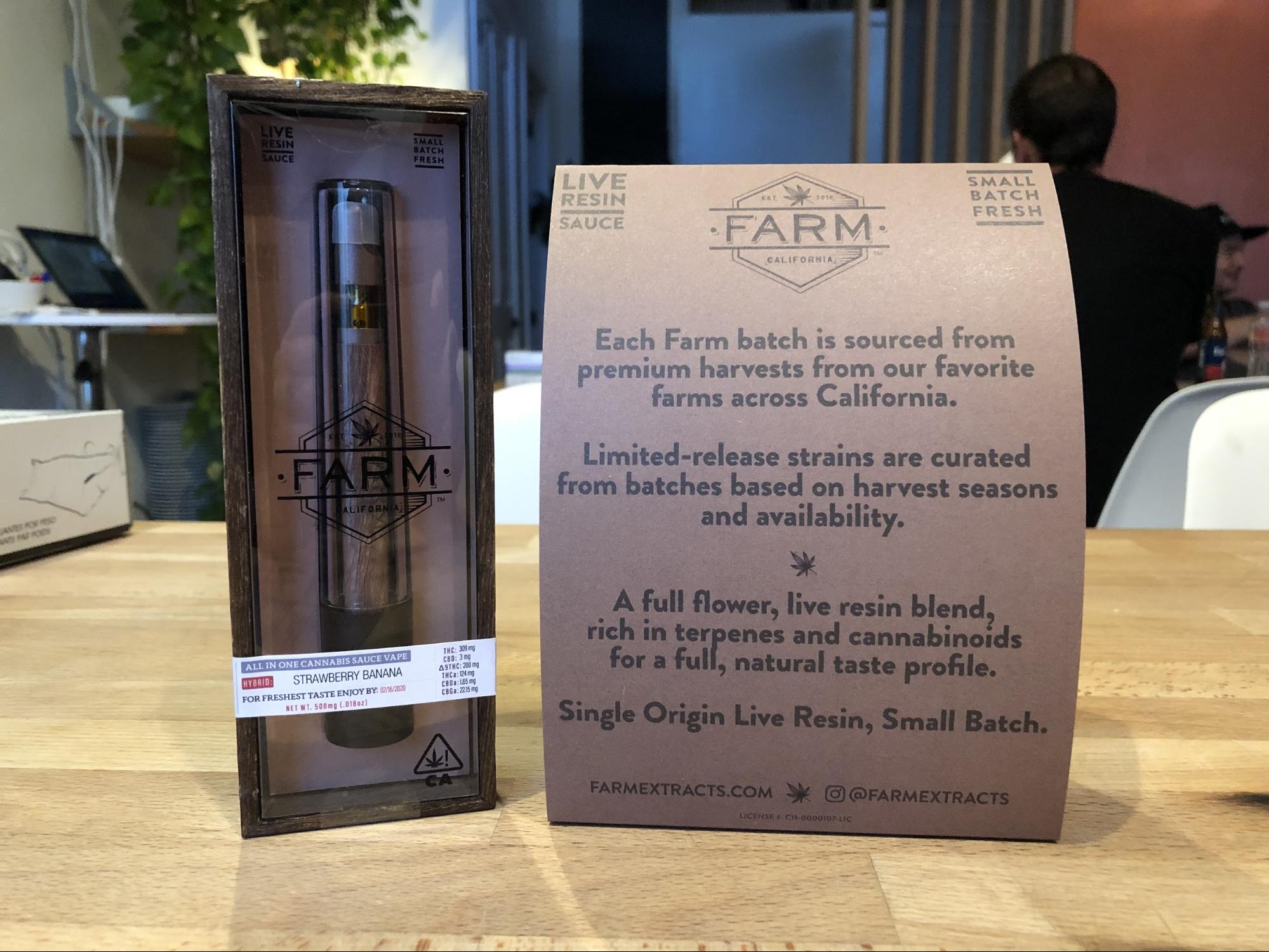 This past week, Farm Extracts hosted a communal workshop where they taught an intimate group of people about their unique and exclusive process that transforms flower into “secret sauce,” which can be vaped, dabbed, or eaten. Apart from getting a first-hand look at the extraction process, we were also given the green light to experience their single-origin vape experience in a comfortable loft located just steps from the Santa Monica pier. (Seriously, though: who doesn’t want to learn about weed and get high while watching a Pacific Ocean sunset?)

The process of making live resin is fascinating because it’s different than every other cannabis concentrate. Once the plant reaches maturity and is ready to harvest, most of the cannabis we consume goes through a lengthy process of drying and curing. This step, we learned, is crucial for most flower products, otherwise the weed would be impossible to light and smoke. It’s also an important step for a lot of extractions, like BHO — a concentrate that uses butane to purge the raw materials, leaving only essential oils behind.

Gallery — These Droolworthy Extracts Are Rocket Fuel for the Soul:

Live resin is different, however. Live resin cultivators skip the curing process altogether. Instead, they cryogenically super-freeze the newly harvested batch (like what they did with Walt Disney’s head) at around -30 Celsius within 30 minutes to an hour after harvesting. The science behind it is that those temperatures preserve the terpenes — meaning the aromatic compounds that give cannabis buds their characteristic scents and flavors — which the buds normally lose during other extraction processes. That way, the end product leaves consumers with a product that displays a wide range of flavors, effects, and health benefits. Also, if you smoke enough of it, you might have a vision of Walt’s face, which could look horrifying considering what Disney has become.

When Farm Extracts began bringing their plant-to-pen idea to life, the first step was finding the right strains to showcase bright flavor spectrums. After sourcing the best harvests from Golden State growers, Farm Extracts began to develop and improve their product until their expertly crafted vaporizers and sauce jars were ready to steal the spotlight. And we’re glad they took their time because their sauce jars and commuter-friendly pens are pretty damn fire. Now, the live resin comes in several strains, including Mango OG, Sherbert, and Blueberry Muffin. In the future, they’re releasing both Diamond OG and Sour Glue. 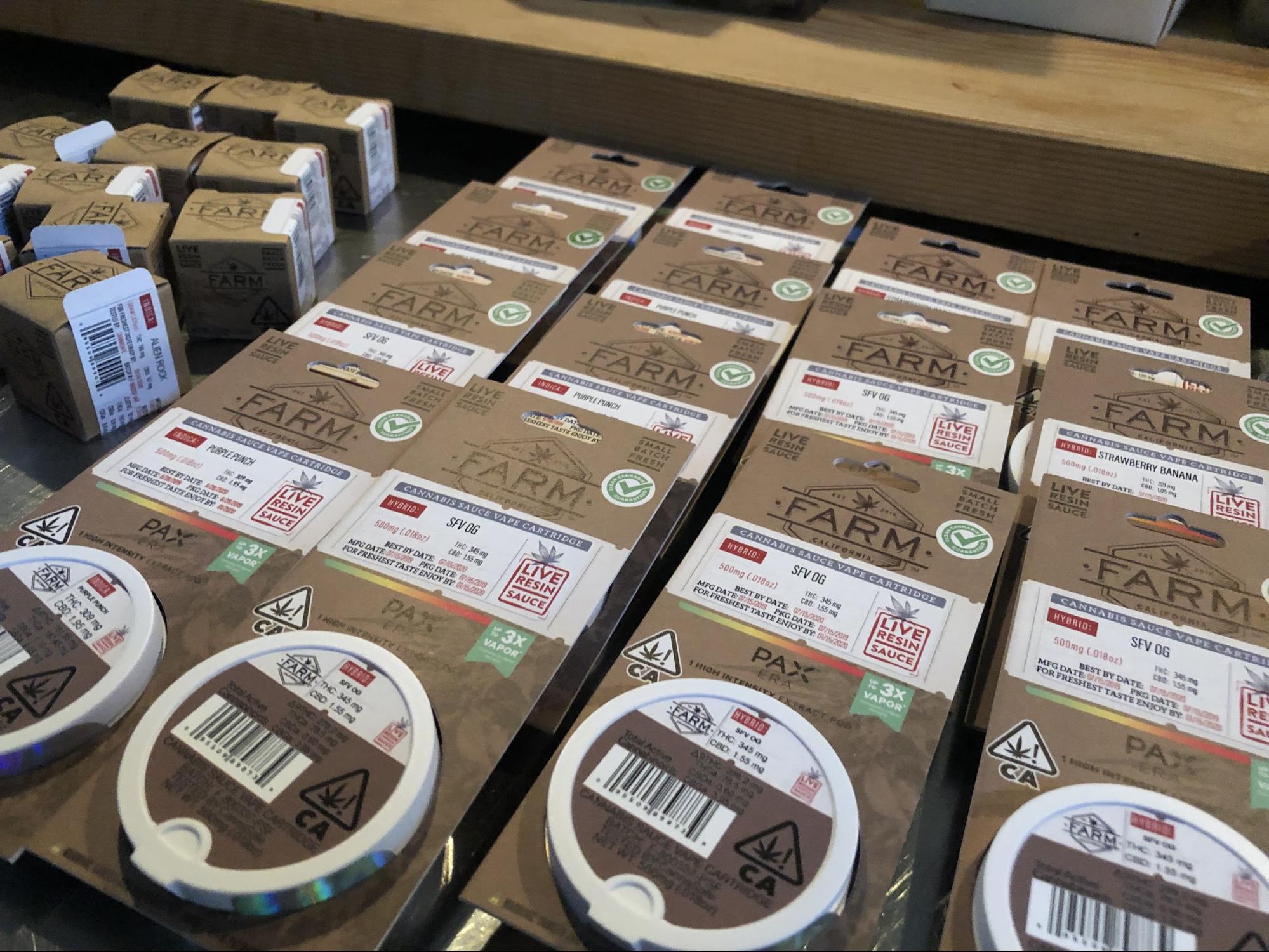 After learning to make live resin the Farm Extracts way, I put flame to product and the results were miles above any solvent-less strain I’ve had the pleasure of imbibing. The taste of Farm’s terp-y, slurpy live resin plowed my senses and tossed me into a blissful flow for the rest of the evening.

So, if you’re looking to get lifted without any of the potentially fatal fillers that other concentrates rely on (especially if you’re still puffing that black market crap), then let Farm Extracts be your flight captain. The ticket is inexpensive and the destination is (obviously) flavor town. Visit them online to find a dispensary that carries them near you.

How Long Does Weed Stay in Your Blood?

The Cannabis College started out from humble beginnings, and is now an iconic place for the public to receive education about cannabis. Founded by Henk Poncin and funded by donations as well as by Sensi Seeds, the college has become a hub for public le…

The Cannabis College started out from humble beginnings, and is now an iconic place for the public to receive education about cannabis. Founded by Henk Poncin and funded by donations as well as by Sensi Seeds, the college has become a hub for public lectures, gatherings, and even cannabis strain release parties.

HempFlax was founded by Ben Dronkers in 1993, ushering in a new era of European hemp cultivation. From humble beginnings in the Netherlands, HempFlax now has farms in Germany and Romania, too. The company plays a major role in European hemp industry, a…

HempFlax was founded by Ben Dronkers in 1993, ushering in a new era of European hemp cultivation. From humble beginnings in the Netherlands, HempFlax now has farms in Germany and Romania, too. The company plays a major role in European hemp industry, and is the sole cultivator of hemp for Sensi Seeds’ CBD and hemp products.